We cordially invite participation to the 7th Annual Conference of EATSA (Euro-Asia Tourism Studies Association) in University of the Ryukyus. The Conference will take place in a hybrid format ONLINE (on Zoom) and OFFLINE (in Okinawa, Japan) from June 28 to July 1, 2021. The main theme of the conference is “Localization and Globalization of Tourism in Europe and Asia”. the EATSA 2021offers a worldwide forum for attendees from academia, industry, government, and other organizations to actively exchange, share, and challenge the state-of-the-art research and case studies on travel, tourism, hospitality and recreation. EATSA is the premier conference focused on understanding the current state of research in Asia and Europe. 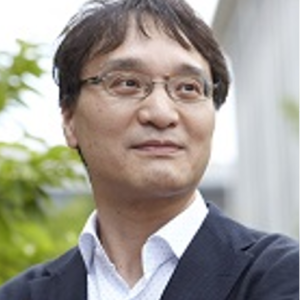 Hideki Endo is Professor of Tourism Studies in Faculty of Letters and Executive Director of the Institute of Humanities, Human and Social Sciences at Ritsumeikan Univeristy (Kyoto of Japan). Hideki Endo is Editor in Chief of “Tourism Studies Review” published by Japan Society of Tourism Studies, and served on the Editorial Board of “Asian Journal of Tourism Research” which was one of international academic journals of tourism studies. He has a wide range of research interests in Sociology of Tourism, and has published many books and research articles on various aspects of Sociology of Tourism, including “the authenticity in tourism”, “tourist gaze and performances” and “the relationships between tourism and media culture”. His current research interest focuses on Tourism Mobilities, especially the relationships between tourism, mobilities and digital revolution. Professor Endo is now considering the “Mobile and Digital Society” after=with COVID-19. 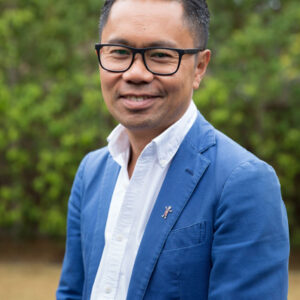 Joseph M. Cheer is Professor in Sustainable Tourism at Center for Tourism Research, Wakayama University, Japan and Adjunct Research Fellow, Faculty of Arts, Monash University, Australia. Joseph is Co Editor of Tourism Geographies and also guest edits special issues in a number of other prominent journals. His recent collaborative book projects include Overtourism: Excesses, Discontents and Measures in Travel and Tourism (2019); Modern Day Slavery & Orphanage Tourism (2019); Masculinities in the Field: Tourism and Transdisciplinary Research (2021). One of his current collaborative projects examines the intersection between Aboriginal futures and tourism in Central Australia and funded by the Australian Research Council (ARC). As well as serving on the Association of American Geographers Recreation, Tourism & Sport (AAG-RTS) board, he serves on others including, International Geographical Union (IGU) Commission on Tourism, Leisure and Global Change and Critical Tourism Studies Asia-Pacific (CTSAP). 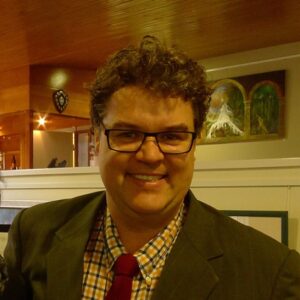 Professor Keir Reeves currently holds a Chair of History at Federation University Australia. His previous principal teaching and research positions at the University of Melbourne and Monash University have been in global cultural heritage, cultural tourism and history. His professional positions include an Australian Research Council (ARC) Postdoctoral Fellowship Industry at the University of Melbourne, a five-year Monash Fellowship (later Senior Monash Fellowship) as well as Chief Investigator roles on five ARC Projects. He has also been Visiting Fellow to Clare Hall Cambridge, a Visiting Researcher at the McDonald Institute for Archaeological Research, University of Cambridge, a Senior Rydon Fellow and Bicentennial Fellowships at King’s College London. Keir was also a visiting fellow at the School of Oriental and African Studies, University of London. Keir’s publications include co-editing Places of Pain and Shame: Dealing with ‘difficult heritage’ (Routledge, 2009). He also contributed to the Bruce Scates-led Anzac Journeys: Walking the battlefields of the Second World War (Cambridge University Press, 2013), that was shortlisted for the 2014 Australian Historical Association Ernest Scott Prize. In 2019 he was a visiting fellow to the Centre for the Humanities at Utrecht University. 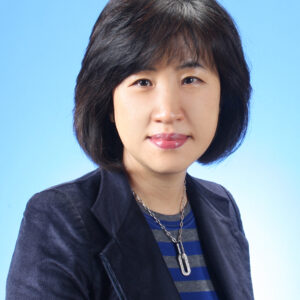 Mi-Hea Cho is Professor in the College of Hospitality & Tourism Management at Sejong University in Seoul, Korea. She received her Ph.D degree from Pennsylvania State University. She won the Keeling Dissertation Merit Award in the Travel and Tourism Research Association (TTRA) and Best papers in the Conferences of TTRA and the International Council on Hotel, Restaurant and Institutional Education (CHRIE), USA. Her research areas are tourism information, online marketing, tourist behavior, etc. As well as serving on the committee board of several journals, she is currently involved in the government agencies as a tourism professional committee. 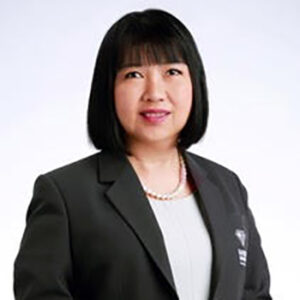 Suchada Chareabpunsirikul is currently a full time lecturer at Bangkok University International, a Certified Incentive Specialist and ASEAN Master Assessor for
Travel Agencies Division. She received her Bachelor of Arts in English Language and Literature from Thammasat University, Bangkok, Thailand, Diploma in
Tourism Management from Schloss Klessheim, Salzburg, Austria, and D.B.A. by research in Hospitality Management from University of Strathclyde, Glasgow,
Scotland, U.K. In 1997, she received an outstanding dissertation award from the Scottish Hotel School, University of Strathclyde. She started her career as a teacher in a refugee camp, working for UNHCR in Chonburi, Thailand. Then, she shifted her career path to tourism industry as a tour administrator working at Diethlem Travel in Bangkok. Later on she became a lecturer at Bangkok University and received the
grants to do a diploma in Tourism Management from Austrian Government. After completing her D.B.A., she came back to teach at Bangkok University and has also
initiated and developed a curriculum of tourism and hotel management for School of Humanities and Tourism Management, Bangkok University. Her research
interests are in the area of tourism and hospitality management. 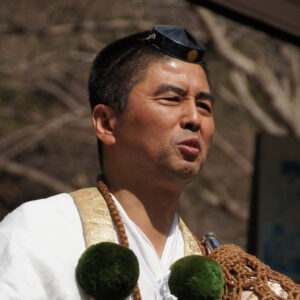 Mr. Tetsuji Matsubayashi was born in 1960 as a son of a farmer in Awaji Island, Hyogo prefecture. With the exception of electric lights, it was a time when people in the countryside were living in nearly 100% regionally self-sufficient and still spending local life and slow life. He graduated in faculty of economics from Kyoto Sangyo University in 1982. While at university, he was wandering India and Nepal in search of the meaning of “true affluence”. After coming back to Japan, worked at a trading company. His life was on the stage of global economy including India and Asia again. In 2001, he established the export trading company Venture Chemical Ltd. which treats fine chemicals in Osaka and became the president.

In 2000, he reached to the rank of Shugendo Yamasendatsu (Shugendo is the religion of ascetic. Yamasendatsu is a high-ranking pilgrimage guide in the mountain). At Kinpusen-ji temple of mount Yoshino in Nara, he entered the Buddhist priesthood (tokudo) and received religious precepts (jukai) in 2010. Certified as an associate grand master of The Tozanryu Shakuhachi in 2013. Completed Goma-kegyo (prayoga and culminating in the practice of a ritual of votive fire offerings) at Kinpusen-ji temple in 2016. His business office had moved from the city of Osaka to the mountain village of Fukano in Nara in 2014.

He had learned “culture and tradition play an important role to form humanity” through wandering the world in his early twenties and global business experience in his thirties to forties. Under the philosophy, he started running the rare type of accommodation Private Villa in Japan whose building was repaired traditional Japanese thatched-roof house for the wealthy travellers, while he was managing trading business at the mountain village ahead of telework becoming popular. To advance the branding of the private villa, he opened Sasayuri-Ann “Zao”, followed by “Ozunu” in 2017. He participated in many business meetings for the wealthy customers including VJTM (VISIT JAPAN Travel and MICE Mart) Tokyo, ILTM(International Luxury Travel Market) Cannes in France and Further East at Bali to attract a large number of not only Japanese customers but also foreign travellers. His villas has been introduced by the foreign famous magazines such as Condé Nast Traveller Magazine, Departure, Cartography (Giorgio Armani) and Vogue Italy website. Furthermore, Vanity Fair UK will introduce his villas in the article about how the small private company works on the activity of “Japanese culture and tradition keeping operation” and “appreciate differences and discover oneness” through tourist accomodation management in 2021. Next challenge to be addressed is how to contribute corporate profits to preserve traditional house and hand over Japanese culture to future generations with sociality and public interests in order to spread traditional culture which is essential to form humanity.

Tourism Café Lab is a dialogue space to share new ideas and increase collaboration, stimulating exchanges between the conference’s participants for a collective discussion on tourism issues with integration of founding products to real operation. This medium also provides an opportunity to streamline the thematic of the conference, together with the keynotes and other tourism experts from both academia and industry. There will also be real coffee.

The Tourism Café Lab will consist of medium-sized cafes (7-10 people) in cluster format and will correspond to the sub-themes of the the various panels. Examples could include cafés featuring tourism management and marketing, city tourism, cultural and heritage, maritime tourism, and technology and tourism. The presentations in each of the panels are first discussed and the most pertinent issues will be developed together with a facilitator in each café to identify emerging thematic and fulfill specific goals. Participants will have a chance to switch cafés to see if the coffee is as good elsewhere. The contents of these cafés will be mapped collectively, integrated and presented at the end of the conference to put the conference thematic once more into focus.

The idea of the Tourism Café Lab is not an end in itself, but the stimulus for further collaboration and ultimately in the form of research project and grants, scholarly articles or even academic exchanges. All café participants will be tagged accordingly and will both receive and guide potential bugs through social networking after the completion of the conference. Please be warned… this relationship will not be broken anytime soon.

Prof. Ali Afshar holds a PhD in architectural studies from University Putra Malaysia. He is a first class registered architect with more than 20 years of professional experiences in Iran. His researches focus on a substantial amount of investigation in vernacular architecture and tourism studies and their application in scientific and business problems. He demonstrates the feasibility of his ideas by implementing the knowledge of vernacular architecture and integrating it into the architectural design of recreational complexes, hotels and second homes in tourism destinations of the country. His contributions have been published in number of journal articles and refereed conference papers. At the moment, he is a member of the board and the head of research and development department of SABAT Kish Company. He is also teaching as invited lecturer in some university in Iran.

Desmond Wee is Professor of Tourism at the Cologne Business School in Germany. His research interests explore contemporary tourism theories in cultural studies and the social sciences, focusing on visual, reflexive and embodied methodologies in the making of everyday identities in urban spaces. He is currently working on a series of projects dedicated to ‘walking’ and envisioning how the integration of Europe can be seen from without, through the eyes of the other. As Academic Dean of International Tourism Management, his passion lies in creating projects merging teaching, research and learning, encouraging students to venture outside the classroom to study tourism through engaging in tourism.

The Best Euro-Asian Collaborative Paper Award is given to co-authors of the paper that presents the best Euro-Asian joint research. It is selected using the same methodology that was referred for the Best Paper Award.

The Best Paper Award is given to the author of the paper which has the highest quality among all competitive papers presented at the conference.