We are pleased to invite you to contribute to the 8th Annual Conference of EATSA (Euro-Asia Tourism Studies Association) taking place in two cities in Hungary: Veszprém, the 2023 European Capital of Culture, and Budapest, the national capital, between 4-8 July 2022. The central theme of the conference is the Renaissance of Culture in Asia and Europe. The EATSA 2022 Conference offers a worldwide forum for attendees from academia and industry to actively exchange, share, and challenge ideas and research on travel and tourism hospitality and recreation. 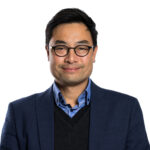 Desmond Wee is Professor of Tourism at CBS Cologne in Germany. As Director of Studies (International Tourism Management), his passion lies in creating projects outside the classroom merging research-based teaching, problem-based learning and design thinking processes, so that students learn tourism through experiencing place and engaging the self. Desmond’s research interests explore consumption theories, consumer culture, leisure practices and critical tourism using contemporary approaches in visual and reflexive methodologies in the areas of space, identity, imagination and performance. He focuses on a tourism of the everyday by analysing symbolic orders and cultural practices focusing on global mobilities in urban settings. Desmond is currently working on a series of projects dedicated to ‘walking’ as embodied practice across various ‘Lebenswelten’ to frame social arenas involving ‘fields’ of material conditions, social encounters and their implicit relations. As Vice-President (Europe) of EATSA, he hopes to build connections between Europe and Asia through reimagining how ‘European’ identity can be seen from without, through the eyes of the other. 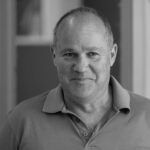 Chief Programme Development Adviser at Veszprém-Balaton 2023 European Capital of Culture. He is part of the project since 2016, when it was decided that the city of Veszprém would once again run for the title. He took on several roles within the project. He led the then newly formed Arts Council, was the member of the presenting team for both the first round and the second round of the bid and he was also one of the main organizers of the jury’s visit in 2018. Currently, he is providing his experience and knowledge gained from the past four years to uphold the programme’s general goals, development and realization.

Previously Zoltán was the president of the Veszprém Tourism Association and co-founder, managing director of Snétberger Music Talent Center (Roma Music College). Moreover, he was also the owner, co-founder, managing director of the former local radio station Radio Jam. In addition, he held the position: president of the Association for Local Radios, Hungary. 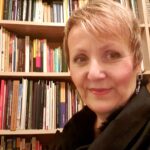 Artis Center co-founder and director, is an art historian and manager of culture and media. She specialized in art, heritage and museum PR and marketing at the London School. She is a member of the International Committee on Museum PR and Marketing (ICOM MPR) board based in Paris. She was the Vice President of the National Committee of the International Council of Museums (ICOM Serbia) in 2015-2021 and the Editor-in-Chief of the magazine ICOM Serbia (2016-2019). An expert in the management, interpretation, and communication of cultural heritage, Tamara Ognjević is the author of several books, papers, and articles in art history, cultural history, cultural tourism, museology, and heritology, including the bestseller “The Treasure of Serbia: Cultural and Historical Heritage”. In addition, she is the author and coordinator of award-winning multidisciplinary projects in cultural heritage, curator of numerous exhibitions, lecturer, and coordinator of various educational and touristic programs focused on heritage, its potential, and sustainability. She is the holder of several national and international awards. 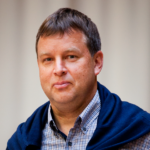 András Gelencsér (born in 1966 in Kisvárda, Hungary) has graduated in chemical engineering from the Veszprém University of Chemical Engineering in 1990, and received his PhD degree in the field of Environmental Sciences in 1995. He became Doctor of Sciences at the Hungarian Academy of Sciences in 2002. He has been the head of the Air Chemistry Research Group of the Hungarian Academy of Sciences since 2005. He became full time professor at the University of Pannonia and Vice Dean for Economic Affairs of the Faculty of Engineering in 2006. He is the rector of the University of Pannonia since 2015.
His main research area is atmospheric chemistry, in particular atmospheric aerosol chemistry related to air pollution and climate change. He was the first to recognize the process of humus formation in the atmosphere. He first established the importance of biomass burning related coloured particles (brown carbon) in the absorption of sunlight in the global atmosphere. He published a paper jointly with the director of the Max Planck Biogeochemical Institute that has become one of the most cited publications in the field. He authored a monograph entitled Carbonaceous Aerosol published by Springer in 2004. He has participated in several international projects and has a large number of joint publications with distinguished scientists. So far he has received more than 6500 independent citations on his works. In 2011 he presented a lecture in the television series Public University 2.0. In 2016 he published a book on the impact of humanity on the global atmosphere in Hungarian. For his scientific achievements he was awarded an Order of Merit of the Hungarian Republic in 2014, Prima Primissima Award in 2016 and the Award of the Hungarian Academy of Sciences in 2017. He was elected corresponding member of the Hungarian Academy of Sciences in 2019.

The Best Euro-Asian Collaborative Paper Award is given to co-authors of the paper that presents the best Euro-Asian joint research. It is selected using the same methodology that was referred for the Best Paper Award.

The Best Paper Award is given to the author of the paper which has the highest quality among all competitive papers presented at the conference.